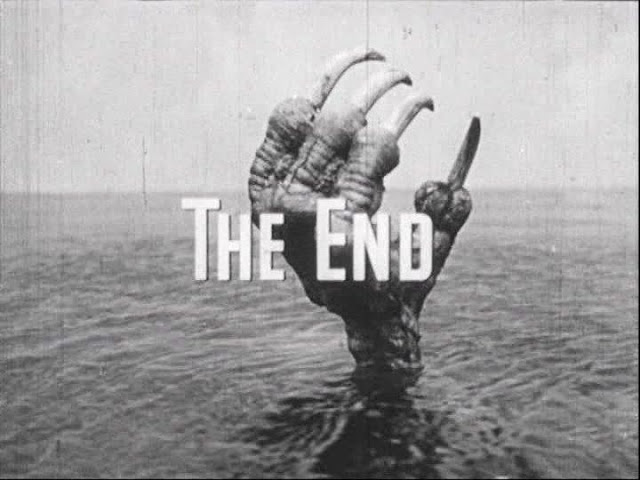 Joe Dante made his entrance into features by cobbling together this mind-boggling 4½-hour (originally 7-hour!) compilation of footage from features, television, commercials, newsreels and other excelsior. He aptly describes it as the secret skeleton key to his filmography, and one can easily see why: not only can some of this material be found in his later feature work, but the themes of that work are already present here, fully grown, albeit submitted in a more boldly McLuhanesque way. Depending on how you want to look at it, THE MOVIE ORGY could play like "Short Attention Span Theatre" or as an elaborate essay, alternately gut-burstingly funny and sobering, on the theme of America as a place of illusion that habitually lies to its people for commercial gain and is seemingly in love with fantasies of its own imminent peril. And this was decades before the Internet or INDEPENDENCE DAY; it even predates Bob Rafelson's Monkees film HEAD (released the following year), which it foreshadows in a number of ways.

Unreeling throughout the film, as if on parallel channels, are such features as ATTACK OF THE FIFTY FOOT WOMAN, THE GIANT CLAW, EARTH VS THE FLYING SAUCERS and SPEED CRAZY, the last of which finds Brett Halsey causing endless trouble as a racing driver whose big line is "Don't crowd me, man! I don't like to be crowded!" (Viewers can't help whispering variations of this line to friends at appropriate moments during scenes from other pictures.) Another highlight is a clip from the old Andy Devine childrens' series ANDY'S GANG, which shows him leading a cat (pinned inside a costume that makes it appear to play piano) and a mouse (ditto, but pounding a bass drum) through a jaw-dropping rendition of "Jesus Loves Me," the sort of intrusion of religion into kids' entertainment that was fairly common in 1950s programming, and I do mean programming. But the cuts from one subject to another are anything but random; they frequently jump track at a point that ventures some sort of witty comment, and we're made to face the dichotomy of the warm and cuddly nostalgia we feel for so much material that was actually fairly open about its manipulation of the public and its preparation of America for some kind of Doomsday, or at the very least danger; a spreading of terror that, one supposes, diverted audiences from (or perhaps inured them to) the coming realities of missile crises, assassinations and news of the wars we were waging in other countries.