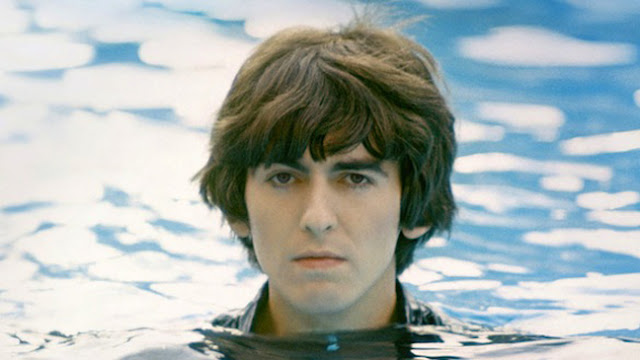 My second viewing of this Martin Scorsese documentary, which originally aired as a two-part HBO special and won two significant Emmy Awards for its achievement. I was somewhat disappointed the first time around, but now I see that my disappointment resided with my own expectations; I wasn't giving the film the opportunity to be what it wanted or needed, on the basis of the interviews it collected, to be. On second look, I was profoundly impressed and think this compares well with Scorsese's earlier NO DIRECTION HOME doc on Bob Dylan's early years, which took the remarkable and necessary step of staking a claim for Dylan's historical greatness. Harrison is a more problematic subject, suppressed as his younger talent was between the twin headlights of Lennon and McCartney in The Beatles, and subsequently reclusive by his own inclination (indoctrination?)... and yet it was his comfort around the subject of death (apparent here in a shot of him comforting John in the wake of Stuart Sutcliffe's fatal aneurysm) and his inclinations to mysticism that led The Beatles to the spiritual agencies (LSD, Eastern religion, Indian music) that most lastingly transformed their music. He was the first of the four to say "Don't Bother Me," years before Beatlemania registered on all four of their faces on the cover of BEATLES FOR SALE and their retreat from the rigors of the road. The film fairly well establishes him as the soul card composing the Major Arcana of the most important musical organization of the 20th century. True, it tiptoes around some of the less admirable aspects of his nature, such as his womanizing and a latter-day slip into non-expansive drugs, but it doesn't deny them either. What I admire most about the film is its editing, which shows disregard for the order of events and lets the story assume shape in one's consciousness from a whirling detritus of documentation in an almost cubist manner.