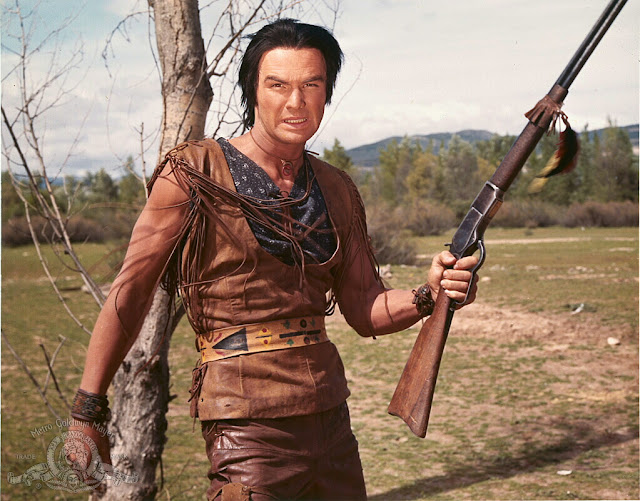 Quentin Tarantino has said that screen violence was revolutionized in the 1960s by two directors, Terence Young and Sergio Corbucci: Young for masterminding the train fight between Sean Connery and Robert Shaw in FROM RUSSIA WITH LOVE (1963), and Corbucci for overseeing Burt Reynolds' explosively physical performance in this racially-themed heist Western.

Reynolds, a Navajo, is hired by a white community to save a half-million-dollar Wells Fargo shipment from the Indian-scalping gang of scar-faced Aldo Sambrell (a Leone Western henchman promoted here to lead villain), who has become both iconoclast and sociopath in response to his fellow Americans' hatred for his status as the halfbreed bastard son of an Indian woman and a white man of the cloth. His self-loathing is so immense that he ends up putting a bullet in the back of his last loyal follower. Corbucci hasn't Leone's knack for characterization and the film fails to deliver a single white character of any real human dimension, but it cannot be faulted for its superbly iconographic use of Reynolds nor for its robust score by Ennio Morricone (credited, in the occasional way of Italian Westerns, to "Leo Nichols").