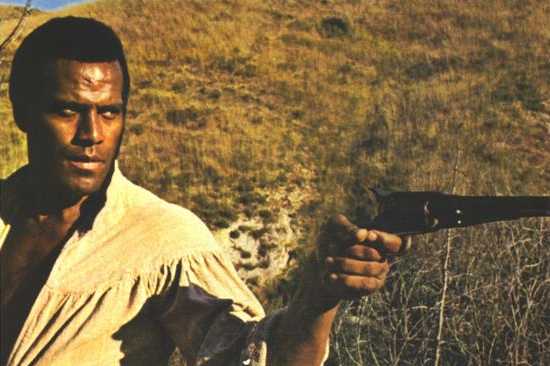 This sequel to THE LEGEND OF NIGGER CHARLEY was directed by its producer, Larry G. Spangler (A KNIFE FOR THE LADIES), and seems more deserving of its predecessor's title, as it depicts Charley from the outset as a legendary folk hero whose name and exploits have been murmured from slave to slave, across state lines, as a reason not to lose hope for freedom.

Fred Williamson and D'Urville Martin return as Charley and Toby, who rescue an African-American child orphaned by a violent assault enacted by slave master Colonel Blanchard (Kevin Hagen) and his men. Learning that the Colonel is holding a number of black families as his personal property, Charley determines to liberate them. Not unlike a Tarantino film, a great deal of attention is paid to getting to that confrontation, which is then played out comparatively suddenly and quickly.

As with THE LEGEND, it seems impossible to see a decent copy of this film now, and I had to work from a faded, almost colorless, cropped and scrunched presentation on YouTube. It was enough to show me that Spangler didn't quite have the flair for direction that the previous director, Martin Goldman, did; THE LEGEND felt more like a tapestry, while SOUL is just another adventure where the stakes don't feel quite so high, though they are actually higher in terms of human life. What does elevate this film is the presence of Denise Nicholas, whose aura of introspection and intelligence had few opportunities in blaxploitation but fortunately found nourishing work on television (ROOM 222, etc). It's her character, an African-American woman ahead of her time, who gives this film an important humanistic edge and gives Charley his reason to succeed and survive. Director Spangler went on to direct another film starring and written by Williamson, the more emphatically Italian Western-derived revenge story, JOSHUA.