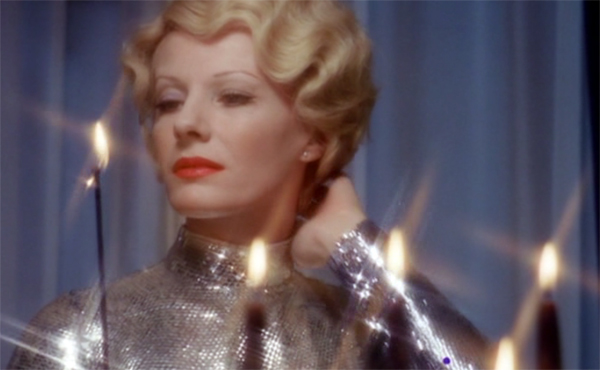 This was a re-viewing for me of a film I've seen numerous times, and I was so impressed -- and, at the same time, confused by the seemingly deliberate preposterous nature of its various death scenes -- I watched it a second time with director Harry Kumel's audio commentary to better understand what he'd been thinking. Kumel explains that he made the film as a commercial concession, that it was his idea to make an art film within a genre for which (at the time) he had little respect or appreciation, and he defends the outrageousness of the death scenes (Andrea Rau recoiling from a shower into a straightrazor in the bathroom, John Karlen's wrists getting slashed by the two halves of a neatly broken glass bowl, the extraordinary Delphine Seyrig catapulted from her roadster onto an immense stake) by stating that the very character of the Countess Bathory is outrageous to begin with, so why not? With this surrealist wink in mind, I can better accept the playful spirit of these scenes, but I can now better see them as the furtive signature of Kumel's disdain for the genre -- in other words, a rather remarkable failure of taste. (From what he says, Kumel seems to feel more differently about horror cinema now, at least the classic horror cinema.) For all this, it remains one of the most stylish, inventive and cleverly written of vampire pictures, and one of the few in which the eroticism doesn't feel tacky, overdone or forced. Its flaws (which extend to an unnecessary coda) only lend complexity and enchantment to its beauty and its bouquet, and I don't hesitate in calling it one of the genre's offbeat masterpieces.